How I became vegan 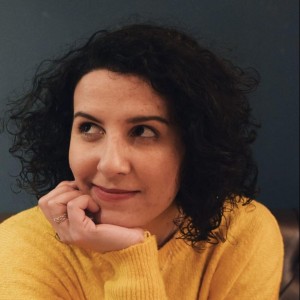 Okay, that’s a long story, but I promise I’ll try to make it as enjoyable as possible. I’m proud to say that the first person that talked to me about Vegetarianism is still one of my dearest friends: thanks, Aline. After her, many other friends taught me stuff about Vegetarianism and Veganism (Joyce, Andreia, Hector, Marina, Stephanie, Suellem and SO MANY OTHERS). Thanks to all those people, my own research and will to do something about the things that I’ve discovered, I switched to a vegan diet and lifestyle a year and some months ago. And that’s the story of how things happened.

I was born in São Paulo. Both my parents were from the Northeast side of the country, precisely from Pernambuco. With meagre living conditions, my father and my mother were taught that having meat in the table was a sign of prosperity and wealth. They share that with their children: me, my older brother and my young sister. So when my friend Aline first told me about not eating meat, it sounded totally out of my grasp. How could this be possible?

I remember that she mentioned the cruelty of the process. How cow, poultry, pigs, fish were killed just to please our tastebuds. I remember to admire her on her kindness towards life. So that was when I’ve tried a vegetarian diet for the first time: 13 years ago, by the age of 18. I’ve pursued it for six months, against all my mother’s concerns towards what to put in my plate. She just couldn’t accept it. I’ve stopped after grabbing a pasty from the college cafeteria. I’ve ordered a four-cheese pasty, and they sold me a chicken and cheese one. As silly as that sounds, that was what made me come back to eat meat back then. Shortly thereafter, I pledged to follow the “Meat Free Monday” campaign. The idea of Vegetarianism was on my mind. I knew it was possible. I knew it wasn’t hard. I knew I could do it.

From time to time, I would meet new Vegetarians around me. College, workplace, gym, music venues, close friends who have become Vegetarians. But then, my best friend from secondary school (Andreia) become vegan. That was a whole new thing: how would it be possible to live without meat, without chicken and fish and also without cheese? I wasn’t even thinking about my latte anymore, I had switched to soymilk a few years back. I kept trying Vegetarianism several times. I held on for three months, six months, ten months. Then I spent New Year’s Eve 2016 with another good friend of mine, coincidentally, the younger sister (Joyce) of that girl who had become Vegan. She was studying to become a vet and told me many new things about the cruelty we expose animals to. Diseases related to meat and dairy consumption. From that moment on, I became strictly Vegetarian, fully aware that it was not enough. I would also try a Vegan diet with all my might.

I started looking at the vegan market in São Paulo. Back then, it was no big deal. You couldn’t easily find Vegan products that were signalized that way. Vegan food wasn’t available in restaurants. Even salads in São Paulo (and most of the country) would have some sort of dairy, eggs or meat itself on it. I started changing my meals and to eat a lot more vegetables. Avoiding cheese and eggs. Getting soy yoghurt instead of the milk’s one. I even had a “vegan picnic” with some of my college friends. Veganism was there to stay.

Then I moved to Ireland. And man, how amazed I was when I found out that vegan products were available in all grocery stores. It was so easy to just go to Tesco / Lidl and buy a piece of cheese at a nice price instead of running to the internet and trying to find something that wasn’t tofu and didn’t cost half my wages. I could order vegan pizza and get it delivered to my home. Find recipes and afford the ingredients. I started eating at least one fully Vegan meal a day, some days two vegan meals, three. Life is fantastic.

Even though I had easy access to everything, it still took me almost a year to become totally vegan. On July 22, 2018, I made the transition. I remember it was a Saturday night at the pub and I decided to focus on the new goal: “from tomorrow I will be Vegan”. My manager of that shift called me in the middle of the night and handed me a box of very fancy chocolates. He had gained from a client, but as a lactose-intolerant, he couldn’t eat it, so he gave it to me. I ate two candy and saved the rest for my flatmates. It was not yet midnight. That was the last non-vegan thing I ate. And I never looked back.

During my time as a vegan, I created many recipes. I ate a lot of things. I visited great restaurants. I saw some documentaries. I have read some books and articles about food, dietary requirements and animal cruelty. I consumed all my old beauty products and bought new, totally cruelty-free and vegan. I became much more aware of my consumer choices and started buying things with less plastic, more natural and environmentally friendly products, and buying less in all senses. I made my bike a way to reduce my carbon footprint. I shared a lot of information about animal cruelty, veganism, and why this is not just a new diet, but a lifestyle that can surely save lives and rescue our planet from the imminent climate chaos. I even influenced some people to reduce their meat consumption and to buy more sustainable products.

It took me 12 years from the first heard of Vegetarianism until be fully vegan. Everyone knows what your own limitations are, it’s own health, how your body works. I always advise people to respect that from all possible senses. It may take you a day. One year. Two weeks. Four months. If you are willing to try, just get a friend or acquaintance to help you. I can help if you want and I will be honoured to do that!

I can only say that I don’t regret it for a second. It’s been the best decision that I ever made in my whole life. I don’t miss anything. Quite the opposite: my meals are much more creative, full of colours and textures and health. I never felt this good. And I can only say that it’s getting better.